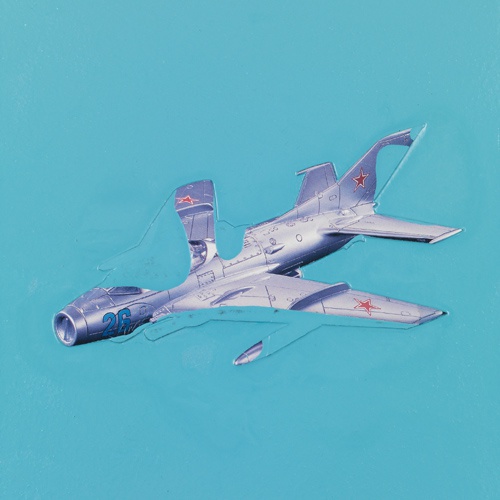 On the occasion of his exhibition at London’s Mayor Gallery, the most singular of British pop artists talks about the rough and tumble of postwar London and Norfolk, class consciousness at the Slade, Hockney’s admiration of his work, and his attunement to the stuff of everyday life.

Over the course of his nonconformist career, draughtsman, painter, sculptor and printmaker Colin Self has fashioned an arrestingly diverse repertoire of subject matter, technique, and tone. His charged, gelid images of cinemas, haughty glamour girls and bombers speak of cold war nuclear anxiety in a peculiar brand of war art, a category apparently at odds with the conventions of pop art (Self is represented in the Imperial War Museum’s permanent collection).

In his compendium of 60s modernity, bombs are as much a shiny icon of the compulsive glamour of contemporary life as hot dogs, cars and cinemas in Self’s striking fusion of artifice and reality. For all their unnerving presence, the artist’s hand is virtually effaced in many of these earlier works, in marked contrast to the unvarnished, manifestly tactile Glances works also on view at the Mayor Gallery. In this beguiling series, Self has his way with an array of ephemera that forms a quasi-archaeological, often poignant, record of the debris of life’s daily incidents.